“Remember where you came from and what it took for you to get where you are. Every set back is just another obstacle that will challenge you to become better. You have overcome so much and will continue to do so if you embrace the challenge and not fear it.” – Words of advice from Coach Jeff Spiers

Co-graduates Liam Spiers and Arthur McCarthy are proud graduates of the elite competitive program at Aforza. The program pillars of determination, honesty, professionalism, respect, dedication and accountability are proved true in each of them and both athletes are now moving forward with tennis scholarships in hand. While both Liam and Arthur come from families of tennis lovers, they’ve worked hard to achieve their goals.

Arthur started playing tennis at Aforza in 2015. His coach describes him as a fantastic role model and team player, powerful in his game play and one of the best all-around athletes to come through the program. Arthur’s athleticism and competitive nature were evident early on in his tennis career and he’s worked hard to become one of the best players in Alberta. He’ll be heading to South Carolina this fall to play for the University of South Carolina Sumter tennis team. When asked about his time here at Aforza and tennis in general, here’s what Arthur shared:

How did you get into the sport of tennis?
I got into tennis at a very young age, my parents bought me my first little racquet when I was two years old. My mom has been playing tennis for a very long time and because it is her favourite sport, it was only natural that I learn to play. As a kid, I played all sports: soccer, hockey, baseball, basketball, rugby, volleyball and swimming. When I was 12, I started playing competitively and it was then when I really started to focus on tennis. By the time I was 15, I was mainly playing and training for tennis making it my main sport.

Fondest memory from Aforza?
My fondest memories are the summer camps I attended throughout the years and all of the fun I had with my friends and coaches while training and travelling together.

Arthur’s words of wisdom to the next generation of tennis champs: “Always give it your all and no matter how difficult some situations are, never give up.”

Liam’s tennis journey started as a toddler, with dad and coach Jeff Spiers leading the way. He didn’t specialize in tennis until later on however and had to overcome a lack of experience in his earlier years of competition. Yet, to the delight of his family and the entire team at Aforza, Liam’s love for the sport and sheer determination proved successful – Liam finished his junior career ranked 1,700 in the world. He’s an all-court player, methodical in his approach and one of the most dedicated, hardworking athletes Aforza has ever seen. He’s now heading off to Ottowa University in Arizona on a tennis and academic scholarship this fall. When asked about tennis and his time at Aforza, here’s what Liam had to share:

Greatest accomplishments as a tennis player?

Currently ranked fourth in the province for adult men

Made the round of 16 at U16 junior nationals

What are your strengths as a tennis player?
My strengths in tennis are definitely my forehand, mental game and my fitness. My forehand is my biggest weapon and does most the work for me in my matches. throughout my whole life I have made it a passion of mine making epic comebacks, fighting off multiple match points and ending up winning those matches. And especially recently I have taken a lot of pride in my fitness as well, it is the reason I am able to stay in matches that occasionally get up to 5 hours long.

How did you get into tennis?
My dad reached a very high level of tennis when he was young and he began coaching me at the age of four so he has definitely been one of the biggest influences in me choosing tennis above all else. I also just loved the idea of running to every ball and hitting it back to the other side.

What was the biggest challenge you faced as a player?
My biggest challenge was not only having the disadvantage of starting to train seriously at a later age than most of my peers but also having a one-handed backhand which takes a much longer time to develop. Up until I was 15 my backhand was being attacked endlessly and that was all people had to do to beat me. But now I have an extremely strong and well-developed one-handed backhand because of all those times people used to attack it.

Fondest memory at Aforza?
Setting up ping-pong tournaments with my friends at lunch time during the summer training camps.

Liam and Arthur embody everything that Aforza stands for and they will be missed. The team at Aforza wishes them well and coach Jeff Spiers offers them a final word of encouragement: “Arthur and Liam love tennis and are great role models for everyone around them. They work hard, have fun and are supportive of all their teammates. Although we are happy to see them off to their next adventure, we will miss seeing Arthur come up with some crazy shot like hitting the ball back between his legs and miss hearing Liam yell out “Aller!!!” when he dashes across the whole court and rips a forehand winner from off the court. Good luck boys and make us proud! We know you will.”

We promise you’ll love it here too. Aforza is the tennis club in Calgary for competitive juniors and our junior competitive programs help athletes achieve their goals. Join our team of elite athletes today, you won’t be disappointed! 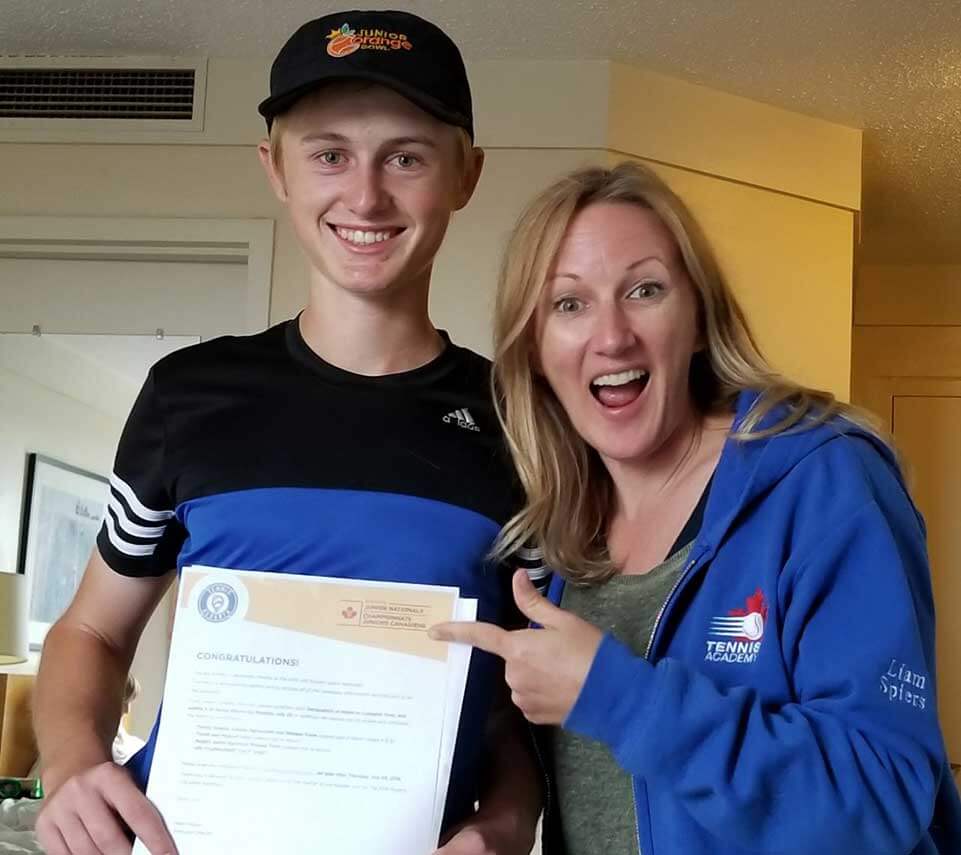 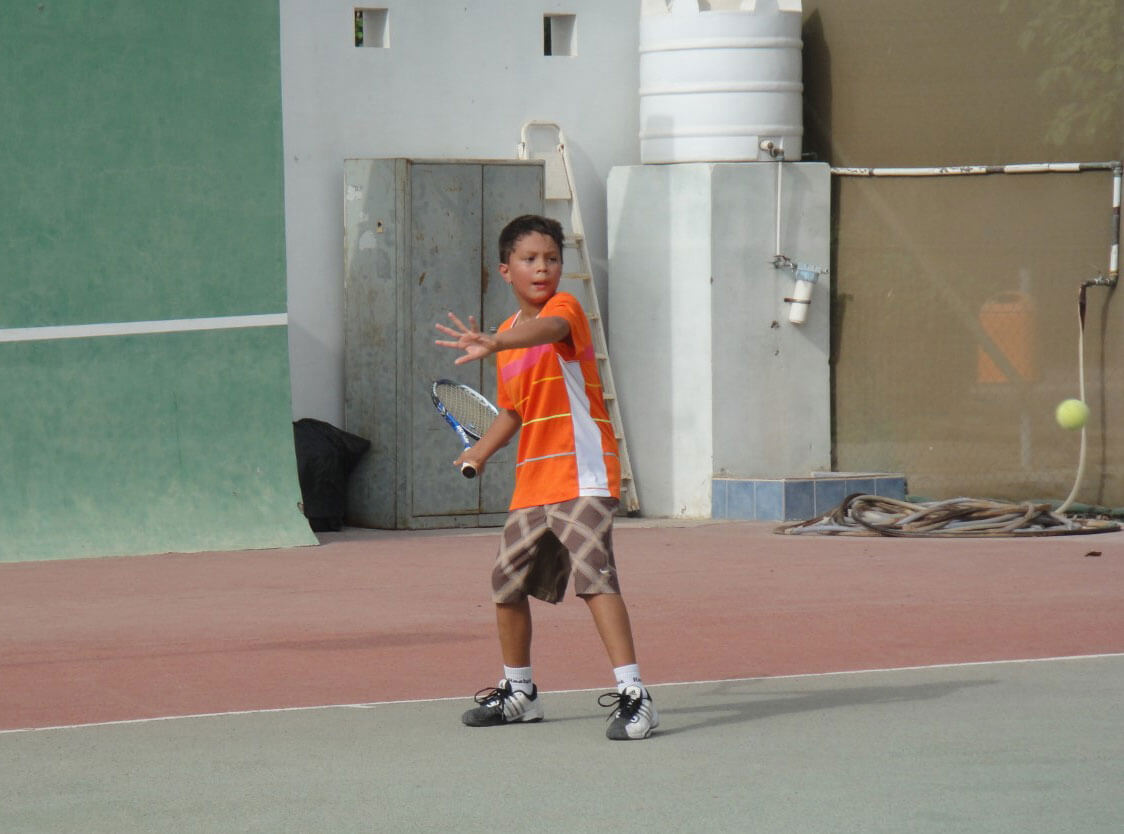 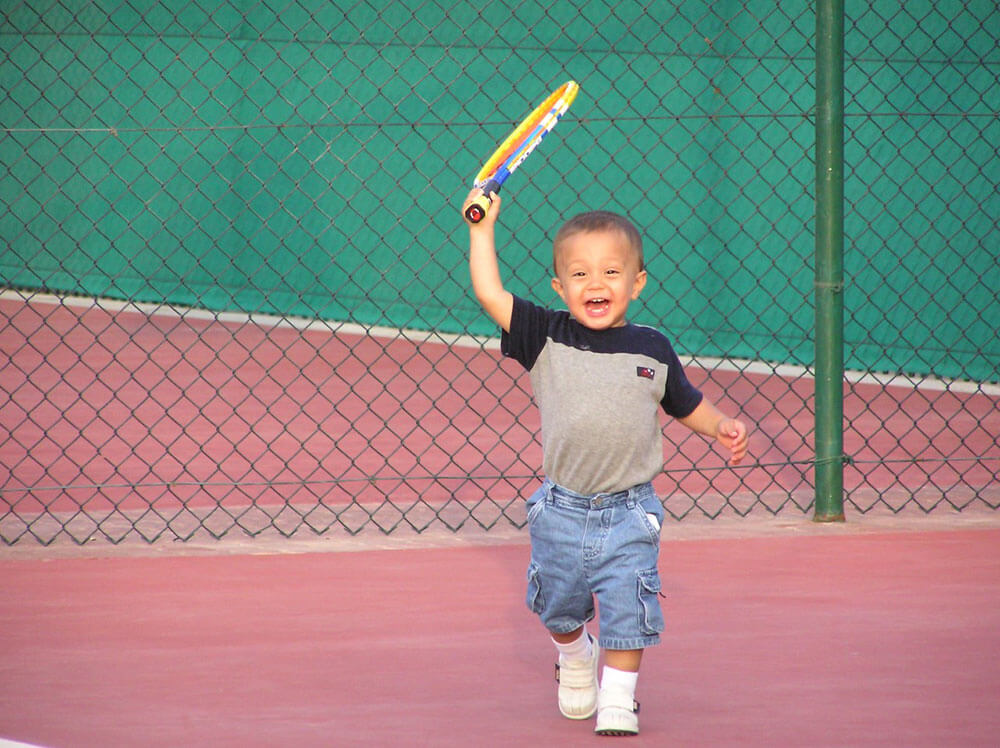 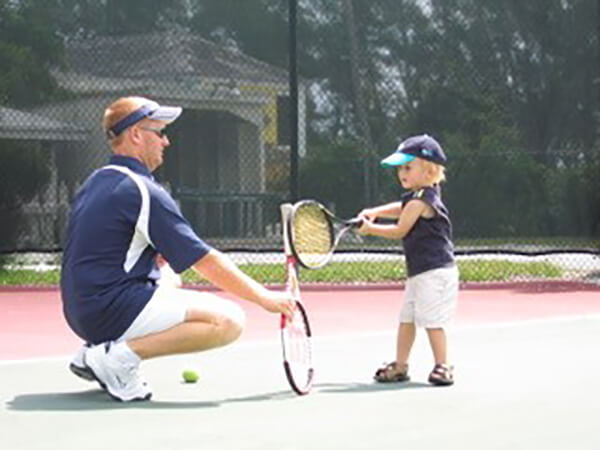