“Tennis is a great sport that teaches a lot of values for youth. In that process, you are responsible for the good and bad moments, you build self-confidence facing uncertainty all the time. It takes resilience and perseverance to accept that you win and lose every day. Kids growing up playing tennis will overcome life obstacles from not being afraid of these challenges.”
– Coach Marin Cens

Coach Marin Cens brings a wealth of global tennis experience to the Aforza team as an accomplished tennis player and coach. His motto “the mind is the key” has served him and his students well, but it’s the journey here that’s made Marin the leader he is. He is a passionate and dedicated coach and a faithful advocate for tennis in Alberta.

Growing up in the south of France, Marin started playing competitive tennis as a young boy. It wasn’t until University, though, that Marin’s real passion for tennis began thanks to his university coach, Philippe Manuceau. With his coach’s support and influence, Marin fell in love with playing high-performance tennis and began coaching part-time, all while completing his Master’s Degree in Sport Sciences.

Moving to full-time coaching in France and then onto academies in Australia, a lucky phone call in 2017 brought Marin to Canada and his position here at Aforza . As Marin describes it, “I was hours away from flying to McGill University to help coach the team there. At that right moment, Jeff Spiers called me to say that his academy was losing a full-time coach and needed me to start in three days. I changed my flight, made it to Calgary, met Jeff and started two days later.” Since then, Marin has worked with several top junior and elite players here in Canada and has helped numerous students achieve their own tennis goals.

As a coach, he’s noticed the difference in physical development and growth in players from different countries. Depending on the environments they face and by playing different sports, young athletes develop different qualities and skillsets for tennis (for example, soccer in France, hockey and skiing in Canada, and footy, cricket and rugby in Australia). Regardless of those environments, Coach Marin tries as much as possible to focus on the player and adapts his approach to their needs. His coaching method focuses on the biomechanics of tennis based on forces and functions. Marin teaches his players to understand themselves, and their own strengths and weaknesses, and to use that understanding to find solutions against any given player or game style.

His Aforza family couldn’t be happier with his approach and with the values he brings to the coaching team. Co-owner of Aforza, Karen Spiers, says, “Marin is a strong leader who motivates his students through his love for tennis and his positive attitude. Marin leads by example and is always the first to lend a hand. He consistently goes above and beyond in his role as a coach and has become a prominent figure in the tennis community in Alberta. Marin’s passion for tennis is infectious and inspires everyone around him to reach higher levels of tennis.”

We are proud to offer this same inspiration to our students. Thanks Coach Marin for your commitment to our sport and your dedication to the Aforza family! Read more about Coach Marin here or sign up for one of his programs here . 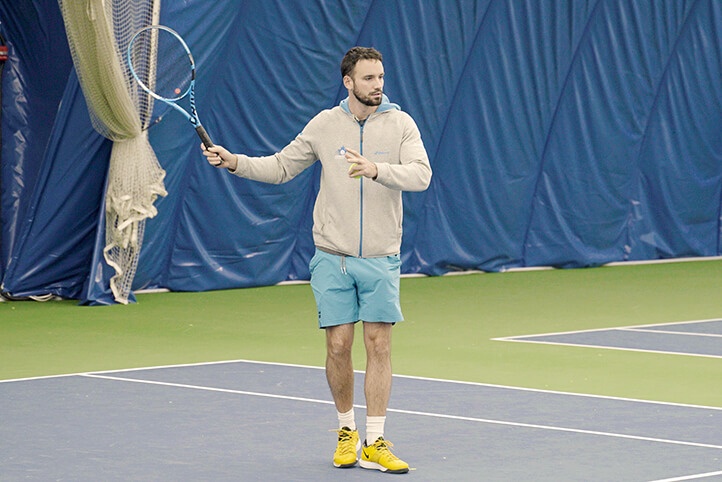 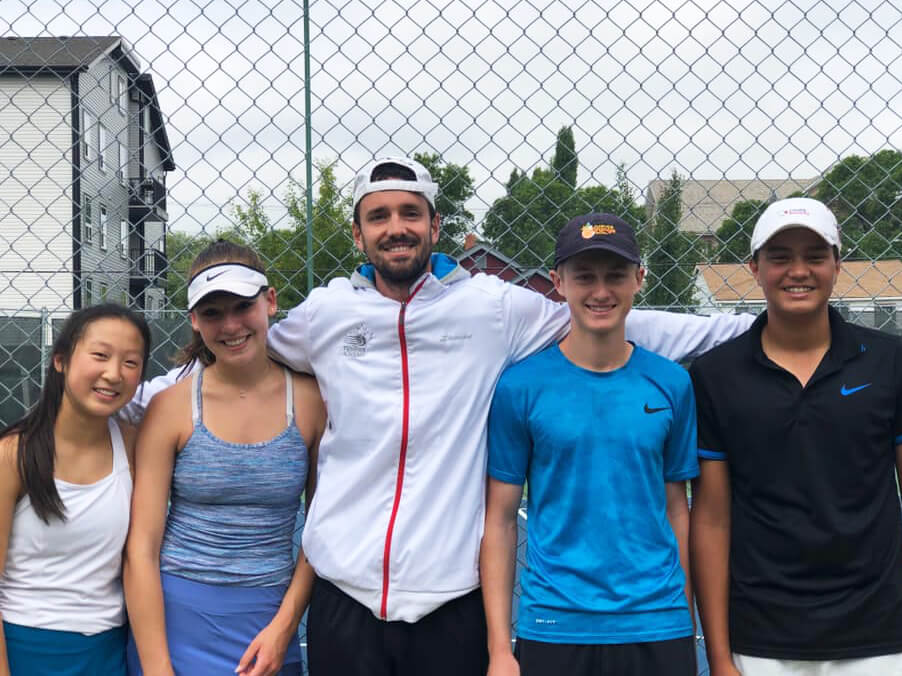